melissaj's Photo
"
Those are my feet
"

I took up like four chairs and no one cared because there were plenty of chairs for everyone. And I put my feet on them and no one thought it was gross. And then I realized all rules are just the current time/place rules and no rules are actually a thing. Heinlein was proud. Later in that book he said:  I have never been impressed by the formal schools of ethics. I had sampled them — public libraries are a ready source of recreation for an actor short of cash — but I had found them as poor in vitamins as a mother-in-law’s kiss. Given time and plenty of paper, a philosopher can prove anything. I had the same contempt for the moral instruction handed to most children. Much of it is prattle and the parts they really seem to mean are dedicated to the sacred proposition that a “good” child is one who does not disturb mother’s nap and a “good” man is one who achieves a muscular bank account without getting caught. No, thanks! 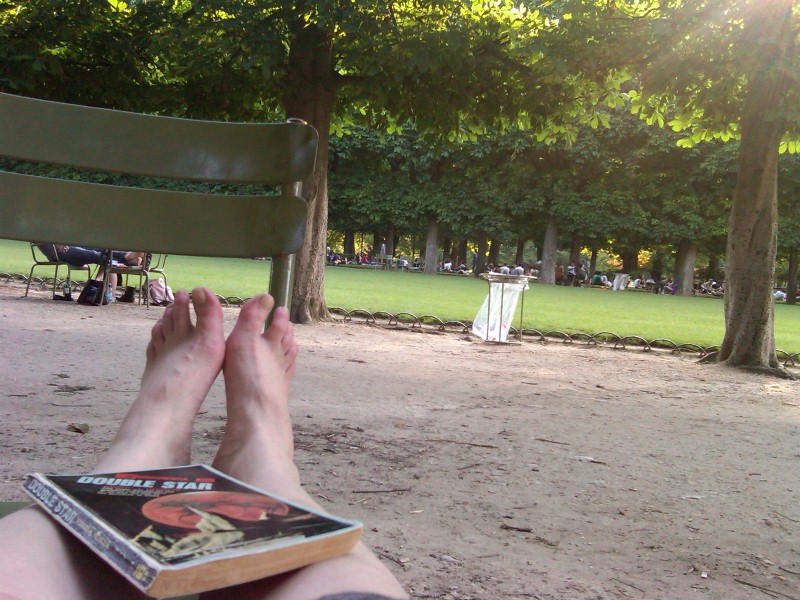